Would Sherlock Holmes be a coke addict today? It’s an interesting question

US opioid sales quadrupled from 1999-2010, but there can serious side effects even when taken as directed 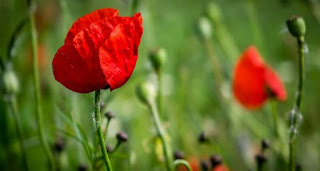 Legions of Benedict Cumberbatch fans will be delighted with the news that filming has just got under way for the fourth Sherlock Holmesseries. Feature- length episodes are due to hit our screens in the autumn.
With a modern rather than a Victorian setting, the writers had to decide how to tackle the issue of Holmes’s addiction to cocaine and opium when the series began. Steven Moffat said: “I think you’d have to ask the question would a man like Sherlock Holmes be a coke addict today? In Victorian times everybody was taking some kind of drug, largely because there was no such thing as a painkiller. It is a very different thing to say that Sherlock Holmes is a coke addict now.”
It’s an interesting perspective. There has been an explosion in opiate prescribing, especially in North America. US opioid sales quadrupled between 1999 and 2010. This was in part a response to undertreatment of patients receiving palliative care and those with acute pain. However, opioid therapy for chronic musculoskeletal pain, including back pain, also grew substantially and disproportionately. And as US opioid sales quadrupled, admissions to substance misuse treatment programmes and opioid- related overdose deaths also increased fourfold.
Opiate prescribing dates back to Sir Thomas Sydenham, who, in the 1660s, promoted laudanum, a tincture of opium and alcohol. Sir William Osler, a famously cautious prescriber, called it “God’s own medicine”. For the first time doctors had access to a reliable painkiller, a sedative and, because of its tendency to constipate, a useful treatment for diarrhoea.
People bought opiates in much the same way as they buy paracetamol today: patented formulations such as Dover’s powder were kept in the kitchen cupboard. Godfrey’s Cordial or Street’s Infants’ Quietness not only reduced colic in infants but made it easier to sedate children. The intoxicant effects of opium were also appreciated – brewers added it to their products.
Opiates are compounds found naturally in the opium poppy plant Papaver somniferum. Heroin is perhaps the most famous opiate, but there are numerous derivatives including methadone, oxycodone and fentanyl.
Some experts rank heroin as the most addictive drug. It causes the level of dopamine in the brain’s reward system to increase by up to 200 per cent. In addition to being arguably the most addictive drug, heroin is dangerous, too, because the dose that can cause death is only five times greater than the dose required to experience a high.
By 2010, deaths related to prescription opioid overdose had reached 16,500 a year in the US, far exceeding deaths from cocaine or heroin. Deaths from prescription opioids have also increased in the UK. The Centres for Disease Control (CDC) reckon as many as one in four people receiving prescription opioids in a primary-care setting struggles with addiction.
Earlier this year the CDC issued a formal warning to doctors about opiate prescribing. Acknowledging the important role of opiates in relieving suffering for patients with active cancer or others in hospice or palliative care, it noted that “studies are not available to indicate whether opioids control chronic pain well when used long-term”.
In addition to the serious risks of addiction and overdose, the use of prescription opioids can have a number of side effects, even when taken as directed. These include: physical dependence (ie symptoms of withdrawal when the medication is stopped); increased sensitivity to pain; vomiting; drowsiness; itching and sweating; and depression.
No one likes being in chronic pain for months or more. But before you move to a prescribed opiate for non- malignant pain it’s important to discuss with your doctor all pain treatment options. Be open about past or current drug and alcohol use. And have a detailed discussion about the risks and benefits of taking prescription opioids.
Credit where credit is due.
Posted by JohnF at 2:20 PM

Email ThisBlogThis!Share to TwitterShare to FacebookShare to Pinterest
Labels: discussion, Other Blogs, others essay, others reviews, Sherlockian connections