While known, now, mostly for being Mrs. Brady, Florence Henderson was also a wonderful singer. 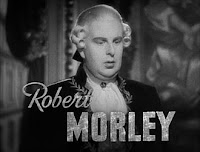