A Female Sherlock Holmes? It Ought to Be Elementary!

Sherlock Holmes Has Been a Mouse and a Muppet, but Never a Woman?
Posted May 16, 2015
Sherlock Holmes is one of the most beloved characters of the last 100+ years. From a media psychologists’ perspective, the love of all things Sherlock is no mystery at all. I consider Holmes a super hero. Sure, he doesn’t fly or wear tights.  Rather, he’s a sort of intellectual superhero who saves the day, makes thing right and protects the people.
There are so many reasons to love Holmes. He’s so damned smart. He sees readily what other people miss. He’s discerning. He’s wise. When you watch or read Sherlock Holmes, part of you is enjoying the ride he takes you on, and part of you – admit it now – part of you wants to BE him.
I want to be Sherlock Holmes. But, wait! I forgot. I can’t be Sherlock Holmes. Because I’m a woman.
A Mouse or a Muppet? OK. A Woman? No Way!
Holmes has been played on the stage and screen so many times by so many people. Heck, he’s been stretched and squashed into the Great Mouse Detective and the Muppet’s Sherlock Hemlock and the Firesign Theatre’s Hemlock Stones. Now there’s an animated series in Japan called “Sherlock Gakuen.”
[BTW, the Japanese love Holmes. They have nicknames for the BBC Sherlock stars Benedict Cumberbatch and Martin Freeman. They call Benedict “Curly Fu” and Martin “Peanut”.]
Now, I know what you’re saying…but Lucy Liu! Yes, Lucy Liu plays the John Watson character on ABC’s Elementary. And that’s great!
So, answer me this. While we’ve watched so many boys and men play Sherlock Holmes from the West End to Hollywood, from the High School stage to the Saturday morning cartoon – and while there have been any number of animal and even alien Sherlocks – why not a female Sherlock Holmes?
Beyond that, if you tally up the percentage of female superheroes who play the lead and who are not depicted as inferior to the men or as sidekicks, girlfriends or other supporting roles  -- you’ll see that the women who get to suit up and show up are in the minority still by a pretty wide margin.
Oh, Who Cares?
You may ask, “Oh, come on! Who cares?” Some people say that nothing we see on screens matters at all – that it is merely entertainment and therefore is completely unrelated to how we think and feel. Maybe it would make us feel more comfortable about our choices if this were true. But the research tells us that it does matter what stories our culture tells us about girls and women.
For Our Daughters
When you take your little girl to the movies and time after time, the hero is a boy, it tells her that she can never be the hero of the story. It tells her that boys are in charge and that the best she can hope for is to play a supporting role. It tells her she’s “less than” --that she’s a second-class citizen.
When I was a little girl, most of the heros I read about and watched were boys and men. I had really hoped that by the time I had a daughter, this would be a laughable thing of the past. With all the strides we’ve made towards equality, how can we sit here in 2015 and still be facing this kind of underrepresentation? The kind of disrespect through marginalization and stereotypical representation?
The glimmer of hope I feel right now is that there seems to be a ground swell of movement among those of us who have had enough of the old school rules and who want something better for their daughters. Currently, for example, in the comic books, Thor is a woman. There are lively conversations about Black Widow and her depiction in theAvengers movies. There are some good female lead roles for detectives such as onBones or Veronica Mars. We're showing our little girls that a woman can run for president and maybe even win. Can't she win on the screen and on the page as well? 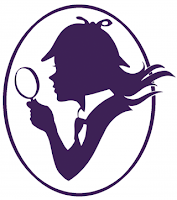 Is it time for a woman to play Sherlock Holmes? Heck, yeah! Where can I find a female Holmes – someone who is not afraid to be the smartest woman – the smartest person – in the room? Someone who’s ready to take on criminals andstereotypes too? Someone who wants more out of life than to be relegated to the supporting cast?
Well, I know where you can find her. If you, like me, hungered for a girl Sherlock. A girlock? If you hungered for…Herlock. Well, she’s ready for you to check her out. A year ago, I gave this idea to my husband, playwright and screenwriter Lee Shackleford (who starred as Holmes off Broadway in a play he also wrote called Holmes & Watson). Lee wrote the script for a TV pilot with a female Holmes and Watson. . Then he teamed up with his Hollywood colleague David Duncan who found us our actresses – Gia Mora as Sheridan Hume (get it?) and Alana Jordan as Jonny Watts.
Click here: http://www.herlock.us if you want to watch our pilot for free. And if you like what you see, join the movement to bring Herlock to life again. And thank you…for my daughter and for yours.
This blog entry is dedicated to my daughter, Regan Sophia, and her friends.

Credit where credit is due.

Email ThisBlogThis!Share to TwitterShare to FacebookShare to Pinterest
Labels: discussion, Other Blogs, others essay, Sherlockian connections