Jeffrey Hatcher Brings Sherlock Holmes Back to the Stage. The plot sounds fun.


The original new stage show is from the Mr. Holmes screenwriter. 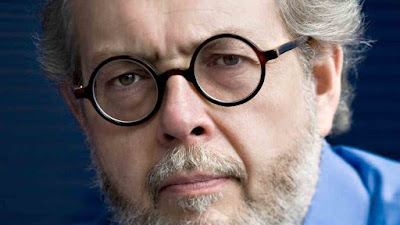 To celebrate its 50th anniversary season, Arizona Theatre Company has commissioned a new Sherlock Holmes mystery, titled Holmes and Watson, which will have its world premiere in Tucson April 15-May 6, 2017, and in Phoenix May 11-28, 2017.
The play is being written by Jeffrey Hatcher, who is familiar with the characters: He wrote the screenplay to the 2015 film Mr. Holmes, which starred Ian McKellen as the sleuth in his 90s. He also wrote the libretto for the non-Holmesian 2003 Broadway musical Never Gonna Dance.
No casting for Holmes and Watson has been announced.
According to Holmes and Watson production notes, “Following Holmes’ ‘death’ at Reichenbach Falls, Dr. Watson is called upon to disprove the many frauds, fakes and charlatans who have popped-up claiming to be Holmes all over the world. Then…a newspaper clipping arrives. A remote mental asylum on an island off the coast of Scotland reports that three men have recently been admitted, each claiming to be the late detective.”
For tickets and for more information about Arizona Theatre Company's complete 2016-17 season, visit Arizonatheatre.org.

Email ThisBlogThis!Share to TwitterShare to FacebookShare to Pinterest
Labels: Fun Stuff, In The News, SHIN, Theatre