These latest two episodes involved our friends to the North, and focused, as it has a habit of doing, on issues that have been in the headlines lately, either on a small scale, black market maple syrup, or a large scale, global warming.

Well, maple syrup at thirteen hundred dollars a barrel, maybe it isn't such a small crime after all. 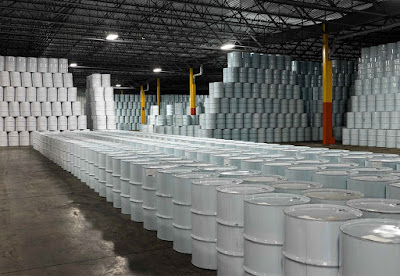 This is a real photo of Global Strategic Maple Syrup reserves in Quebec.

And 'Rekt in Real Life' is also a big money topic; the world of gaming.

I am enjoying this season a lot. Elementary has seemed to find a more comfortable format that is skipping some of the crazy of the first few years.
A couple of fun discussion points of these last couple of weeks could be the mention of cases Holmes was involved in that Watson did not record.
And perhaps collateral damage of cases Holmes did not take.

The Shinwell story line is getting a little tiresome, and I hope it resolves itself before next season.

And yes, I still think 'Elementary' is better than 'Sherlock'. 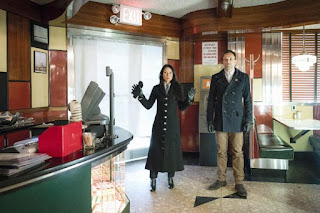 Want to read a load of crap.

"Sherlock Holmes, after all, is one of a long line of aesthetic, homosexual detectives."

There so much wrong in the linked source, but you decide for yourself.
Posted by JohnF at 9:24 AM No comments:

Finally a bit of good news.

One of my favorite Scottish actresses will play Mrs. Hudson in 'Holmes and Watson' 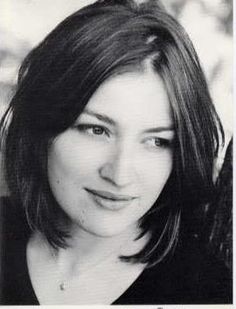 Seven Degrees of Sherlock Holmes - I missed this one Bernard Fox 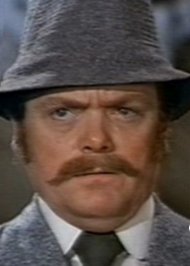 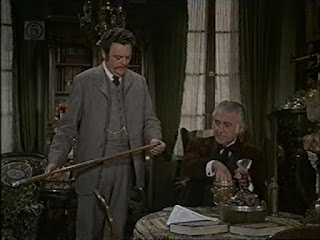 He was also in the Sherlock Holmes parody The Privat Eyes (1980) with Don Knotts and Tim Conway. 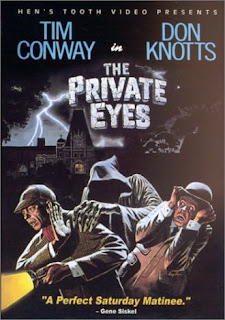 Will Ferrell will have competition-Gnomeo & Juliet, Sherlock Gnomes 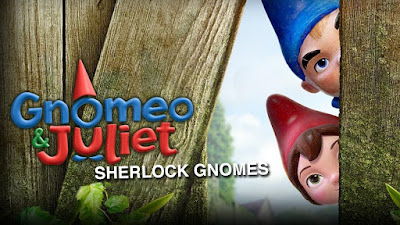 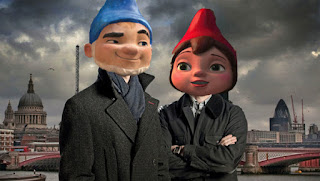 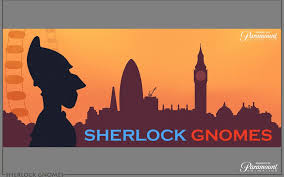 Art in the Blood

If you have followed this blog for more than a week you well know that I love art work involving Sherlock Holmes and the 'lighter side' of the Canon.
So get this book was a real treat because I have always loved Scott Bonds treatment of the Canon. 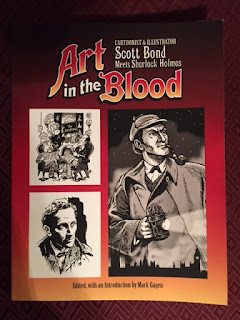 This book covers most of the work Bond has done on Sherlock Holmes with captions explaining way the work was relevant when he did.
Glossy and well made, the book is a lot of fun.
Posted by JohnF at 6:18 AM 2 comments:

In 1991 Jeremy Brett made an appearance in St Louis to promote Masterpiece and the new episodes of Sherlock Holmes.
The Harpooners of the Sea Unicorn helped host the event and provide a good display of Sherlock Holmes stuff. For many of us it was a chance to meet Mr. Brett.
Here are some photos we stuck together to show the crowd in attendance.

Jeremy is in the black suit to the right in this photo at the table.
The Harpooners display is on the left in both photos, in front of the Union Jack. 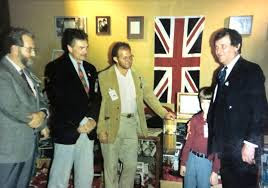 Here is a photo of him with us at the display.
As I have posted before, the young man with Brett correspond with him up until Brett's death.
Posted by JohnF at 6:07 AM No comments:

This just in, especially for Mid-West fans of the Hound

The Lyceum Theatre in historic Arrow Rock will be performing 'The Hound of the Baskervilles' this August, 5 - 13. This is a small regional theatre held in an old church. I have been to several plays here and it is a great venue. 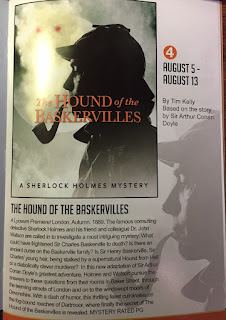 Life is good, life is great.

Just spotted this today at the newsstand. A little pricey but I got one anyway. 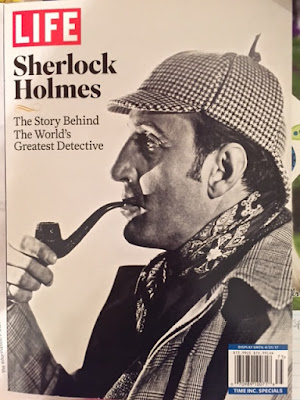 P.S.
Having now had the time to take a look at it;

It is well put together and very glossy.
While not adding any new info for older Sherlockians, it could be considered a good primer for newer Sherlockians just coming on board.
A little pricey, but what the heck.
Posted by JohnF at 5:31 PM 6 comments: 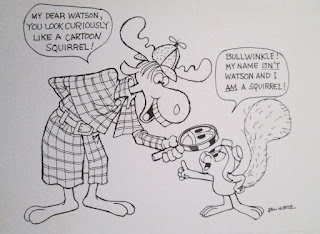 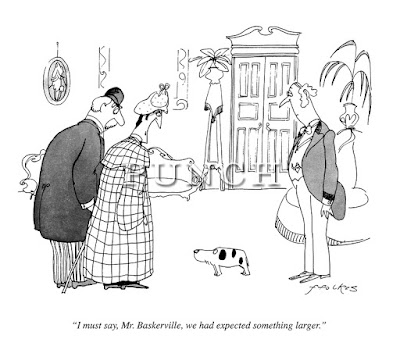 Not sure, yet, who the artist is. 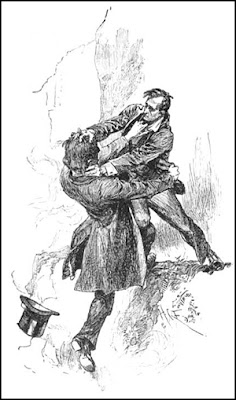