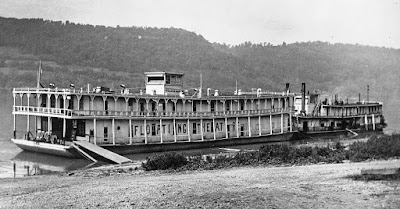 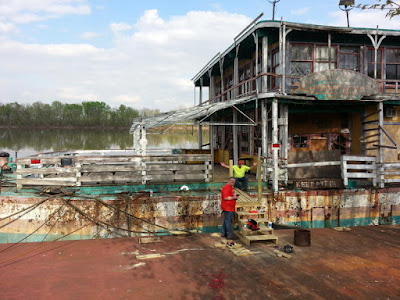 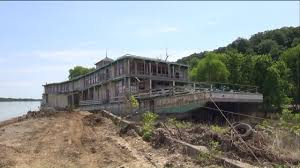 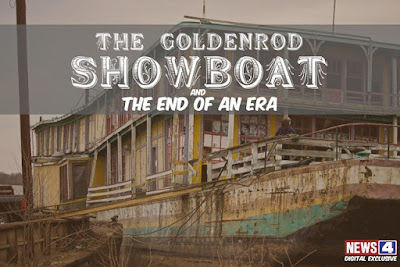 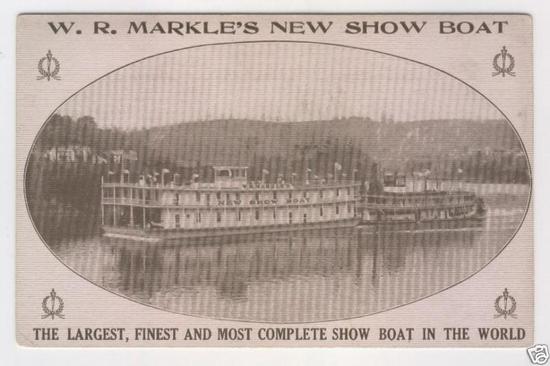 She definitely deserves a tip! World's oldest barmaid is celebrating her 100th birthday but has no plans to retire from the pub where she started working in 1940 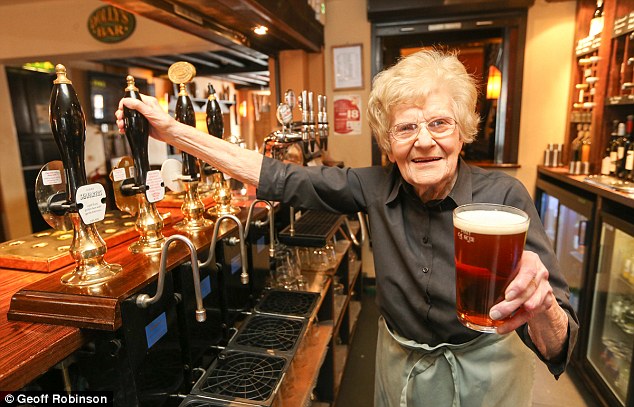 PS. 2015 The world’s oldest barmaid has died less than a year after celebrating her 100 birthday in the pub she worked in for 74 years.
Posted by JohnF at 11:35 AM No comments: 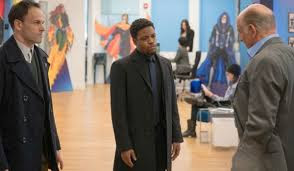 Through personal connections, when we visited England in the early 1990's we got to visit with writer Val Andrews and spent some pleasent time with him in London.
Many of his books are available at Amazon Kindle books. Often connecting his other love, magic, to the world of Sherlock Holmes, they are fun books to explore. 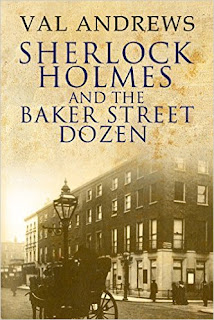 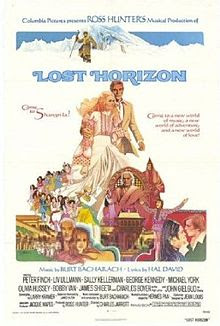 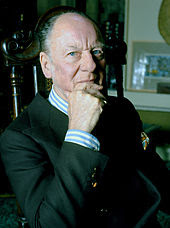 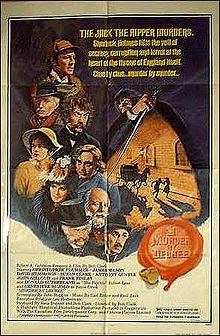 With the tourist season fast approaching. . . . .


LONDON — It’s noon on the dank, misty streets of old London, and I’m sitting outside a cafe, perusing passersby from behind my newspaper. Most are innocently conducting their business, but at least three look suspicious. I only wish I had a pipe, deerstalker and oversize magnifying glass to aid my investigation.
I’m not a qualified detective, but when Sherlock Holmes is on your mind, you can’t help viewing the world as a series of clues. And London — the home of Holmes and many of the murderous scenes he deciphers — is jampacked with evidence of the masterful crime-solver.
Which brings me back to the cafe. The hottest recent adaptation of Arthur Conan Doyle’s stories is the modern-day BBC TV show Sherlock, with Benedict Cumberbatch as Holmes and Martin Freeman as Watson. Fan of the show? You’ll know the pair haunts Speedy’s, the small cafe beside their 221B Baker Street flat.
But it doesn’t take a detective to realize all is not as it seems here. London has a real-life Baker Street, but Speedy’s and Sherlock’s front door are filmed a mile away on North Gower Street. Luckily my razor-sharp sleuthing skills unmasked these secret filming locations. (I Googled them.)
The cafe’s busy tables host two well-defined groups: lunch-grabbing office workers and Sherlock nuts snapping surreptitious selfies. I pretend I’m a local but my cover is blown when I order the chicken and bacon Sherlock Wrap, something only a fan would do.
Munching on lunch at my al fresco table, I plot the rest of my Sherlockian day with forensic precision. Fusing old and new, there’s plenty to see.

Hopping the Tube to Embankment Station, I start with an In the Footsteps of Sherlock Holmes walking tour. Led by a twinkle-eyed guide named Corinna who would be a perfect Mrs. Hudson, it snakes through back alleys, covering sites from the stories. Our group — including Japanese, Polish and New Jersey fans — learns that while Holmes lives on Baker Street, the stories are mostly set in the West End.
We stop at a handsome edifice that was once Charing Cross Hospital, ogle the grand facade of Simpsons-in-the-Strand restaurant, and linger in cobbled Covent Garden, a setting from “The Adventure of the Blue Carbuncle.” We also inspect Goodwin’s Court, where bow windows and gas lamps bring the Victorian era to life.
Intriguing Conan Doyle facts are provided en route. Born in Scotland, the author knew little of London when he arrived, and he originally named his main character Sherrinford Holmes. He sold his first tale, “A Study in Scarlet,” for just 25 pounds.
As the tour concludes, I ask Corinna why she thinks Holmes endures. “We all love a good mystery, don’t we? And I think people really enjoy searching for the clues in the stories,” she says, recommending “The Sign of Four” for first-time readers.
The tour ends outside Northumberland Street’s handsome, recently refurbished Sherlock Holmes Pub. But I postpone my end-of-day libation and instead plot two extra stops via the Tube.

Alighting at Baker Street, near my hotel (the Park Plaza Sherlock Holmes, of course), I find an Underground station where the wall tiles are patterned with an instantly recognizable pipe-wielding profile. There’s also a towering Sherlock statue outside encircled by giddy snappers. Many are on their way to the real 221B Baker Street.
Colonizing a slender heritage townhouse, it’s home to the Sherlock Holmes Museum, London’s most popular Holmesian attraction. The $21.50 admission fee and summertime queues are a deterrent to some, but re-created period rooms are an evocative immersion in Conan Doyle’s world.
I’m soon ascending the house’s staircase and find a clutch of Victorian rooms lined with antiques and oddball artifacts — including voodoo dolls and a revolver in a hollowed book. Reaching the top floor, though, I suddenly face a cold-eyed waxwork of Sherlock’s archenemy Moriarty.
Tempted to pitch the evil baddie through a window, I instead wrestle with my anger and head back downstairs to the busy gift shop. Resisting the lure of Watson teapots, deerstalker hats and head-scratching puzzle books designed to hone deduction skills, I instead hit the streets for my penultimate pit stop.
Since Season 2 of the BBC show, an older building at St. Bartholomew’s Hospital has become an unlikely pilgrimage destination. In the cleverly titled “The Reichenbach Fall” episode, Cumberbatch’s Sherlock seems to leap to his death from the building’s roof — and worshippers have been flocking here ever since.
But they’re not just snapping photos. The area’s old red telephone box and adjoining walls are covered with messages supporting their hero. “Sherlock lives” is ubiquitous, but there’s also “Sherlock forever,” “Moriarty is real” and the enigmatic “I’m glad you liked my potato.” Inside the booth, an empty wineglass has also been carefully placed.
It’s a reminder to return to Northumberland Street for a final toast. The Sherlock Holmes Pub serves Sherlock House Ale and Watson’s Traditional Sunday Roast, but its walls are also lined with memorabilia and photos of celluloid Sherlocks. There’s even an artifact cabinet with a model of “the remarkable worm” for true devotees.
Heading upstairs, I discover a museumlike room behind glass. Re-creating the great detective’s study, there are countless books, a violin and some Black Shag Tobacco. And in the center — looking cadaverously pale — I find Sherlock himself. He may be a mannequin, but he looks like he could still out-sleuth me anytime.
John Lee is a U.K.-born writer based in Vancouver.

Source and credit
Posted by JohnF at 8:30 AM No comments:

Email ThisBlogThis!Share to TwitterShare to FacebookShare to Pinterest
Labels: England, Fun Stuff, London, Other Blogs, others essay, others reviews, Travel

A Study in Spiritualism: What happened when the creator of Sherlock Holmes visited Tacoma 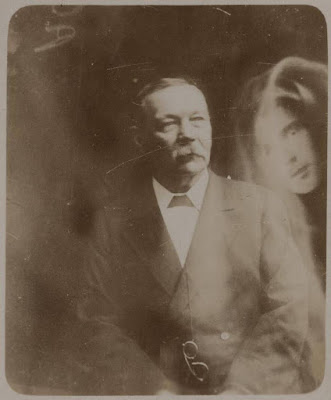 Whenever you have eliminated the impossible, whatever remains, however improbable, must be the truth.
— Sir Arthur Conan Doyle, author and physician, 1859-1930

Email ThisBlogThis!Share to TwitterShare to FacebookShare to Pinterest
Labels: Doyle, History, In The News, Other Blogs, others essay 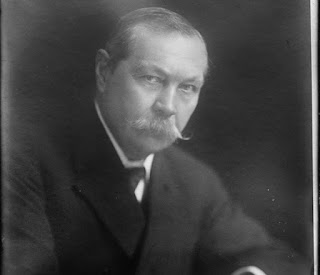