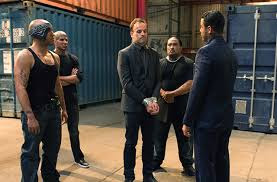 With the centenary episode fast approaching I almost chose not to review this episode.
'Worth Several Cities' fell into what seems to becoming a habit for this show; overcomplicated plot with little Sherlockian substance.

We open with Joan showing Shinwell an apartment and Holmes being kidnapped by a gang.
Holmes has been kidnapped by the gang to help the gang leader find who killed one of his smugglers.
For me, this element of the story took Holmes way to far out of his comfort zone to make for a good plot. While we must always realize Holmes is just human and is as susceptible to the pit falls of all men, we should never, fictionally, see Holmes in a situation where we don't feel he could be in control, at least by the end. The gang kidnapping scene left me feeling that people like the gang leader only leave Holmes free because he can't harm them and he is no threat to them and that he is just a minor irritation. "Let Holmes play in his sandbox, we have the whole playground."
While Canonically we find that a little in the realationship with Moriarty, we learn that in the end Holmes proved to be more than a minor irritation.
I don't however think that will be the case with this gang.
The exchange also left me feeling like Holmes was making a deal with the devil. While Canonically we accept the fact the Holmes will allow fate to handle some situations, this aspect of this episode was a little over the line, for me.
Nor did we get the sense that Holmes ended up having anything on the gang leader that would keep Holmes and Joan safe in the future.
And he just "convinced" the leader that the outcome should be acceptable to the gang.
While it is acceptable to see Holmes fail, he should not been seen as out of control in the end.

We also once again see Millers Holmes unable to find a Holmesian way to bring down the real murder and he resorts to standing outside with a bull-horn. Too much of Millers Holmes from season one.

Once again the story got too big for the conclusion and was too much of the same.

Millers Holmes is not a strong enough character to carry the show if you do away with any connection to the Canonical Holmes and have a too repeated storyline.

Now we can argue that that is one of the strong points of 'Elementary', that Holmes is only human, it allows to much for the character to stray to far from Canon. (Which many argue it already has.)

Canonically we do hear about monographs, and his observation of some of the clues is good.

The Joan/Shinwell story was a little too co-dependent this week.

Hoping to really like this season, I can only fairly give this episode; 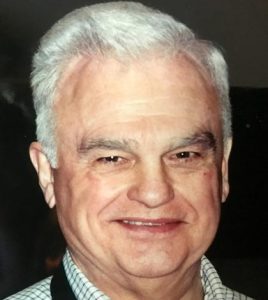 As with so many Sherlockians this week, we are morning the loss of a good man and a good friend.

I met Gordon through my involvement with the Harpooners of the Sea Unicorn many years ago and it was always a big disappointment when he no longer attended those events.
And as has been stated by many others, Gordon could best be described as a Gentleman.

We always looked forward to what ever he brought to a discussion and his always good humor.

The last time I saw Gordon was at the Gillette to Brett IV in 2014.

If he was the mark of a true Sherlockian, many of us can never hope to make those ranks. 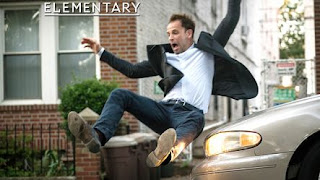 This episode started with a bang and then kind of went into a slow sizzle or maybe fizzle.

Once again it has been proven that the point the actual case has less to do with making the show good than does the character stories.

The cases lack any "wow!" factor or any idication that Holmes will or can spot clues that no one else is likely to see.

The solution of this case basically involved following a paper trail and making an observation at the scene of the crime (the first bombing) that should now be standard procedure at any public crime scene (spotting a suspicious individual at a bombing or arson).
After all, that is what Sherlock Holmes is all about; spotting things others will miss.

It may be a sign of the times that coming up with Holmesian traits in the modern era is too difficult to incorporate into 'Elementary', so that the characters around Holmes become more important than the personality of Holmes. Miller's Holmes still lacks the ability to convince us that he can be good representing an image of Sherlock Holmes. While we all have our own images of Holmes, there are certain individual traits we expect Holmes to have.

While we may have given up on that ever happening in 'Elementary' it doesn't mean we still can't have some Canonical fun with the show.

A new face was introduced this season in the character of Shinwell Johnson (actor Nelson Ellis). Bearing many similarities to the Caonical Shinwell, former criminal, willing to do the dirty work, informer, etc., he should be a welcome addition to the show. Just like in the Canon, at least in this episode, Shinwells involvement keeps him clear of actually having to deal with the police.

Also explored in this episode is Watson's possible need to be involved with something other than Sherlock Holmes. Canonically we see Watson okay with following Holmes around for a while after his return to London. His healing process needs a distraction. Than eventually he needs something more. He needs once again to be involved with something that makes him feel helpful before it's to late to help. Let's face it, some of the best lines and/or scenes in the Canon involve Watson being summoned to or dropping by Baker St. I don't think we come away from the Canon thinking of the relationship between Holmes and Watson as co-dependent (at least I don't), and perhaps 'Elementary' is making that even more clear than 'Sherlock', but the seperation of the two will become important at some time.

Lucy Liu's Watson has also reached that point. While Miller's Holmes tries to convince her she is doing good, she needs more than just helping to clean up a mess after a crime.
Part of that it seems maybe to involve Shinwell Johnson and his relationship with Joan and her once again helping someone heal. I doubt that we will see Joan moving out and moving on to other things besides detective work any time soon, but maybe we will she her taking up other pursuits.

While once again I find the exploration of character backstories the most interesting thing about 'Elementary', it's lack of any really good Holmes habits or interesting case keeps this episode in too comfortable a routine for me to give it more than

But I do believe it was a good start for the season.

'Sherlock Holmes and the Cryptic Clues', New book offers quite the howl this Halloween! By Michael McClure

Sherlock Holmes and the Cryptic Clues 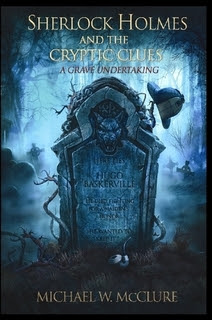 
THE FINAL WORD in Sherlockian scholarship, this book takes you on a tour of the resting places of over 300 creations that were brought to life by that master storyteller, Sir Arthur Conan Doyle. Each Canonical cemetery represents a different adventure of the master detective, Sherlock Holmes. The illustrated tombstones found in the graveyards offer epitaphs that reveal the honoree's ultimate demise or particular plot in life. Whether funny, punny, poignant, or just plain awkward, the engravings represent the plights of hundreds of Canonical characters taken from all sixty stories. Every member of the elite Baker Street Irregulars and the nonpareil Adventuresses Of Sherlock Holmes is listed after the tale from which their Investiture was taken. Hundreds of detailed illustrations and humorous cartoons reveal that A.C. Doyle’s creations must have died laughing! Beware ... deathly prose doth lie within !

Having spent quite a bit of time with Michael at Sherlockian and other events and really appreciating his humor, I am really looking forward to this book and intend to get him to sign it very soon.
I always have a great time at his meetings and look forward to them every chance I get. We also share a love of Scotland which never hurts.

While I have yet to view the book (it was only announced today) I will give my thoughts on it as soon as I get it.
Get a copy and put one in your Halloween stocking!

Get a copy here!

Love the cover Michael!
Posted by JohnF at 7:45 PM 4 comments: 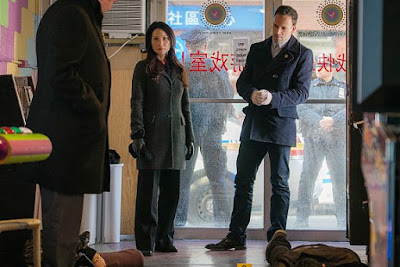