With the death of the last of the Magnificent Seven (1960), Robert Vaughn was best known for his time as an international spy in The Man from Uncle. For those of us in the 60's not mature enough for Bond, this was a great show. 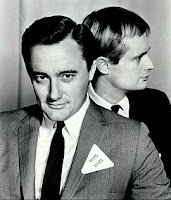 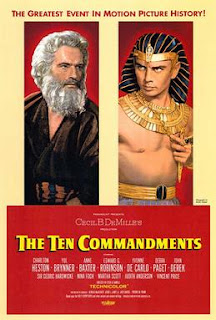 Which we all know starred Charlton Heston who was in many Sherlock Holmes stories. 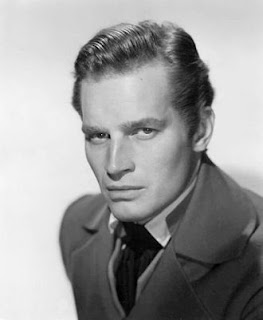 Heston was Sherlock Holmes in stage and in film in The Crucifer of Blood.

Howard, thanks for the additional info.
Robert Vaughn at least once played Holmes on The Hollywood Palace.
Vaughn was Holmes, Phyllis Diller was Moriarty and Charlie Manna played Watson.

Bringing Robert, as Howard suggests, within One Degree of Sherlock Holmes. 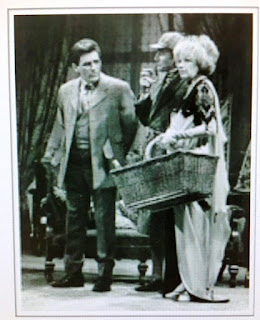 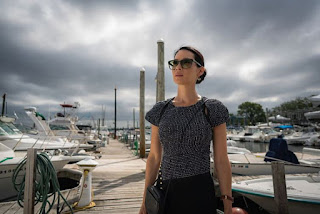 S5E5, 'To Catch a Predator Predator' finds Holmes and Watson on the trail of someone who killed someone killing sexual predators of young girls. A vigilante killing of a vigilante if you will. 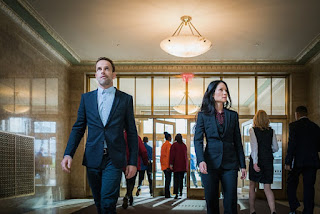 S5S6, 'Ill Tidings' finds Holmes and Watson trying to find out who murdered a disliked Chef and some of his customers, which turns out to be a cover for an art heist.

While some eye trouble has kept me from spending as much time on my computer and art work I have been able to keep up with the episodes of Elementary, even if it is a day or so after the events.
And while I will not go into quite as much detail in my next few reviews I will at least comment.
Hopefully the eye problem will be resolved by the beginning of the year and I can get back to being a little more productive on this and my other blogs.

I would have to say that the last three episodes, including these two have been a few of my favorite of all the episodes so far.
A lot of what I have previously found fault with has, if not completely disappeared at least has been toned down a lot; i.e. the overly worked quirks of Millers Holmes and the over portrayed bad habits that seemed to have been used more for shock value than story advancement.

The last three episodes have seemed to be more cases driven and the opportunities for the display of Holmes' deductive than character driven.
That does not mean that character exploration has been totally dropped, but is playing less of a roll, at least for the time being.

So, for these two episodes I have to give the series; 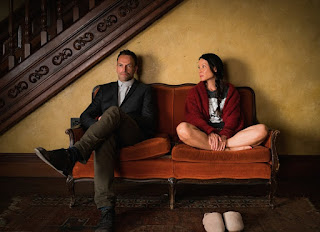 This episode opens with Holmes doing a good 'how deep the parsley sank in the butter' explination to Marcus on why a suspect could not have done what he said he did. The tools he used was a bowl of water and a 'poop' emoji.

Holmes of course thinking the 'poop' emoji was an ice cream emoji add a good piece of humor.

While still at the police station Holmes spots Gregsons boss having a conversation with the inspector which makes Holmes think he may be in trouble again with Gregsons boss.
This prompts Holmes to go back and investigate some of his past cases looking for something he/they may have done wrong.
Watson of course is less worried than Holmes knowing that Gregson "has their backs".
While having this discussion the duo get a call from Marcus about a murder.
The victim, a Quantitative Analyst, is found in his apartment, pinned to the wall (like in Black Peter) with a fireplace poker. It is determined that the victim must have known his assailant, (also in Black Peter.)

It is first suspected that Russell Cole, the victim, may have been murdered by his boss, Mitch Barry, for matters to do with their shared interest in Barry's business, or Coles affair with Barry's wife.
Discovering that Cole was having an affair with Barry's wife, Holmes and Watson discover that Cole had a cabin in upstate New York where he worked on many of his projects.
It is also discovered that Cole had also written a paper on asteroids that was shaking up the current theories on the size of asteroids and the effect they could have on earth should one hit earth.

Cole had been trying to get more money from his partner, a Congresswoman's right hand man, who was using the paper to make money on investments in asteroid mining companies.

That is a very simple recap of the episode.

This episode was very well done, keeping my interest for the whole show.

The episode once again found Holmes and Watson comfortable in their arrangements and content with their jobs.

The episode also had well done Sherlockian 'skills' throughout.

-The first was the opening scene with Holmes and Marcus with the emoji and bowl of water.

-This was followed by Cole being pinned to the wall with the poker. Very 'Black Peter'. Although the Canon goes on to explain how some one would have to have had experience with a harpoon to be able to do that, while the 'harpooner', Len, in this episode seemed a little smaller framed and inexperienced too be able to attach Cole so firmly to the wall with his feet actually up off the floor. (And did you notice no blood was on the poker where it went into the other apartment?)

-Holmes lack of knowledge about astronomy was also used in this episode.

-His knowledge of botany as it pertains to poisons.

-As was his disdain for attention and public recognition. He not only mentions that he does not want credit in the public eye, but he also brings up how that recognition could bring on hard feelings with people they are having to work with. We see that over and over again in the Canon about how some of the police and officials resent Holmes' involvement.

-In association with the asteroid part of the show we meet Julius Kent, who like Victor Trevor in Gloria Scott was an old school mate of Holmes'.  The exchange of remarks between Kent and Holmes was also very well done.

The show is still very good at exploring the relationship between Holmes and Watson.

The season so far for me has lacked much of what I had hoped would continue to grow once the show found its place; the introduction of Canonical Holmes like habits.
Thankfully this one-hundredth episode measured up and hit its mark.

This was one of the best episodes in the series for me.