On display at the National Museum of Transportation. . . 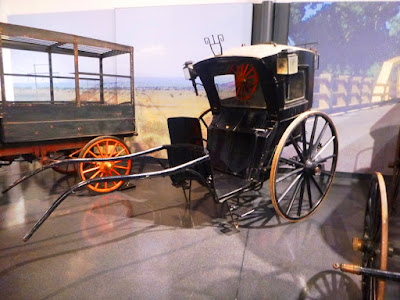 Because it's Friday and you deserve it. . . 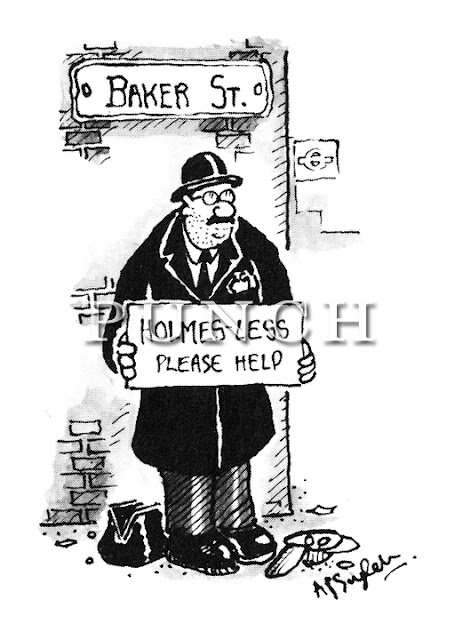 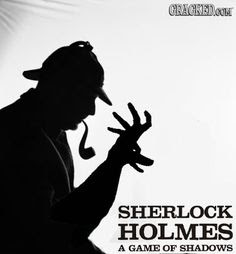 Email ThisBlogThis!Share to TwitterShare to FacebookShare to Pinterest
Labels: Art Work, Because it's Friday, Humour 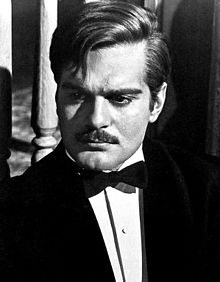 Although I could not find with a quick search that Mr. Sharif played in any Sherlock Holmes films, he did have connections in his first three  English Speaking films to people who did.
So he made the list.

Lawrence of Arabia
The Fall of the Roman Empire
and Behold the Pale Horse.

All the three have actors in the them with Sherlock Holmes film connections.

What do you think?

Snooping out the best portrayal of Sherlock Holmes? Elementary! 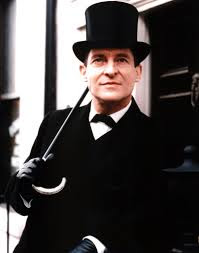 There are two things I can't abide in a movie:
The first thing is that the dog must not die.
And the second thing is that the great detective Sherlock Holmes must not be played for laughs, and certainly not by some wooden-faced pretty boy without the wit to fill a thimble.
We had a vigorous debate on Facebook the other day on the best actor to play Holmes. Most readers picked Basil Rathbone, he of the aquiline nose.
Yes, he looked good in tights. But he was best in tweeds, tromping around London, fighting evil with his mind.
So who is your favorite Holmes?

"Trying to judge the best Holmes is rather like trying to judge the best pizza," said Donald J. Terras, a retired professor of anthropology and leader of The Hounds of the Baskerville, a prominent group of Sherlockians.
"Tastes vary," said the head hound. "But there are certain traits, a certain quirkiness, that audiences expect from Holmes."
So for every Robert Downey Jr. playing Holmes as part Iron Man, part snarky Chicago Mayor Rahm Emanuel, there's a Basil Rathbone.
Or my personal favorite, Jeremy Brett, whose perfect Holmes can be found free, on the Internet, in the superb and faithful productions of Sir Arthur Conan Doyle's stories from Granada Television.
Earlier in his career, Brett sang a love song to the lovely Audrey Hepburn in "My Fair Lady." The tune was "On the Street Where You Live."

8
But as Holmes, Brett was brilliant, sarcastic and somewhat cruel. The series ran for years, story after story, the historical detail absolutely perfect, the manner, the distance between social classes. And Brett was exquisite.
It is in popular fiction where you can learn about a time and how the people were, and Brett's Sherlock takes you there.
And what of Benedict Cumberbatch, the Holmes on BBC in the role that made him an international star? I loved the series at first, especially for how it shows a brilliant man thinking out a problem, with written ideas, fragments and snatches of information floating around him.
I can't give up on Cumberbatch just yet, but his Holmes almost lost me when he got weepy at Dr. Watson's wedding. His eyes were wet.
Sherlock Homes does not cry.
Holmes may find fulfillment in battles with archcriminals and write the occasional monograph on jungle poisons or cigar ashes, but he doesn't get moist around the eyeballs.Holmes may play the violin, take his seven-per-cent solution to relieve his boredom, smoke like a fiend, ridicule lesser minds and deduce your intimate secrets from the scratches on your pocket watch, but he doesn't cry.
Holmes never cries. (Spoiler alert for the true Sherlockian: not even for "The Woman.")
The list of actors who've played Holmes is longer than a row of hansom cabs waiting outside Victoria station. But if, on your list of great Sherlockian performances, you mentioned said Roger Moore, then I prohibit you from reading any more of this column. Good day!

6
"Certainly Jeremy Brett was a breakout, in my opinion had the habits down right and the temperament, at least as I read the stories," said Terras. "Another contemporary Holmes is Cumberbatch, and he offers the necessary quirkiness."
"A lot of people are developing a renewed approval of the way Basil Rathbone portrayed Holmes. He had the kind of energy and physical grace that is necessary. And the temperament as well."
Most of us mention Rathbone, Brett and Cumberbatch , but Terras tossed out one I hadn't considered:
Peter Cushing, famous as Professor Van Helsing in the vampire movies, playing Holmes in "The Hound of the Baskervilles."
"That is my favorite 'Hound of the Baskervilles,' " said Terras. "The characters are similar. Holmes and Van Helsing are men of science. And Cushing's Sherlock Holmes has an edginess to it that the others do not have."
Some of you may know that I had a rather difficult childhood. Oh, we had plenty to eat. We were warm in the winter.
We were allowed only one TV program a week, and back in the day, WGN-TV ran Rathbone as the dashing Sherlock.But my mother would not let us watch TV or go near comic books. So I read everything I could grab, including detective stories, like the great child detective Encyclopedia Brown, and Sherlock Holmes.
Each movie was introduced by a wizened old man in a leather wing chair with a clipped English accent.
"The old man was Rathbone himself," said Terras.
Excellent! I almost cried.
Elementary, he didn't say.
"A number of us tried to find the old segments on WGN, but we weren't able. I think they might be gone now."
There is a new Holmes, appropriately titled "Mr. Holmes," starring the Gandalfian actor Ian McKellen, that is scheduled to hit theaters soon.
McKellen's Holmes lives in 1947 as a doddering 93-year-old, slowly losing his formidable memory. I read that he's tortured by an unsolved case that forced him into retirement 30 years before.
Holmes losing his mind? Feeble in the brain? That marvelously balanced instrument of logic and reason growing weak? Holy Reichenbach Falls!
McKellen is a great actor, and watching Holmes struggle to keep his faculties might be worse than being haunted by any dead movie dog since Old Yeller.
"The Ian McKellen version looks interesting," said Terras. "He might be able to pull it off."
I'll see it, because, well, I have no other choice. It's a Sherlock Holmes movie.
And if there's a dog in it, just do me a favor and put me out of my misery and tell me now:
Does the dog bark?
jskass@tribpub.com
Twitter @John_Kass

Email ThisBlogThis!Share to TwitterShare to FacebookShare to Pinterest
Labels: others essay, Playing the Game, What to do think?

That's what I'm talking about! 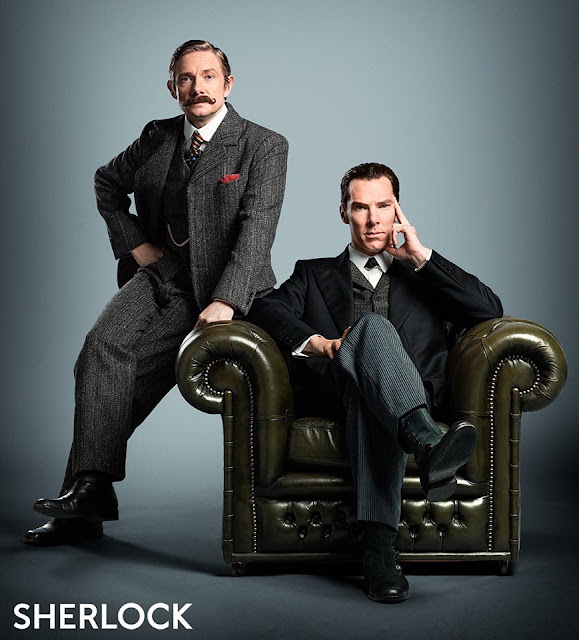