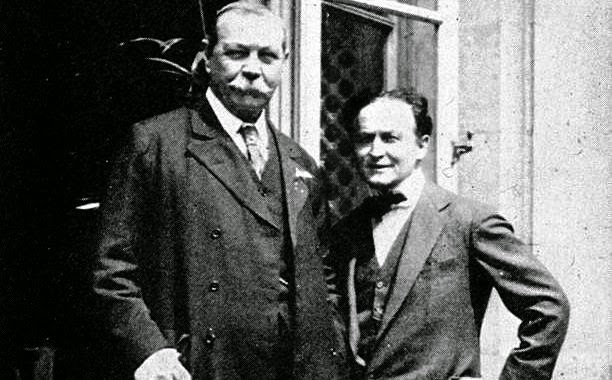 Posted March 19 2015 — 4:54 PM EDT
First BBC’s Sherlock, then CBS’ Elementary and now Fox is getting into the Sherlock Holmes game too—sort of.
The network is near a deal to order a new series called Houdini & Doyle, a supernatural procedural (think The X-Files or Sleepy Hollow) that teams characters based on two historical figures—Harry Houdini (the master escape artist) and Sir Arthur Conan Doyle (the creator of the master detective).
Here’s the official description from Deadline, which broke the news: “Two of the great characters of the 20th century — Houdini, master magician, escape artist and paranormal debunker, and Doyle, creator of the world’s greatest detective and a paranormal aficionado — grudgingly join forces to investigate crimes with a supernatural slant. Although they’re both rich, famous and brilliant, they’re the original odd couple, with Houdini believing in nothing, Doyle in everything.”
Apparently, Houdini and Doyle were friends in real life so that part, at least, isn’t a stretch. The project is going straight to series and is fromThe Librarian creator David Titcher, House creator David Shore and writer-producer David Hoselton.