Why I am OK with the Natalie Dormer 'Moriarty'

Well, at least I can imagine a scenario where it can work.

While most Sherlockians would not suggest either of the present day incarnations of Moriarty as an accurate interpretation of a Canonical master criminal, I am actually more comfortable with the 'Elementary' version than the 'Sherlock' one.

And none of it has to do with how attractive Natalie Dormer is. (Well, not much of it anyway.) 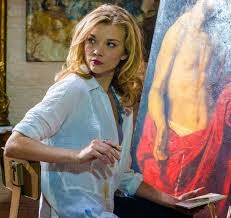 The 'Jim' Moriarty as played by Andrew Scott in 'Sherlock' is way to out there for me. His character in my mind is more suited for a role as demented killer than a mastermind of a vast criminal network.
And Moriarty with a death wish (we don't really believe Moriarty went to the falls expecting to die, do we?), . . . nope, it just doesn't work. Not even a good take on Thor Bridge.
If Cumberbatch's Sherlock had wrestled with James (is it OK if I call you Jim?) on the edge of the roof and both went over  ("I would gladly accept the former if the latter was a guarantee"), and then Sherlock was able to fake his death, then the outcome would have been more acceptable. Although I still don't think I would have been comfortable with that particular portrayal of Moriarty.

But my dislike of 'Jim' is not the reason we are here today.

It is Jamie Moriarty.

This Moriarty is a master criminal and an incredible artist. Canonical Moriarty was not only a master criminal, but also a professor at one time. Which suggests he had an outlet for his mental energy other than his criminal occupation or at least something that preceded his criminal activity. (RDJ's movies suggested this was still his cerebral outlet.)
I would think anyone as intelligent as Moriarty, Canonical and otherwise, would have a 'hobby' of some sort of a creative or intellectual kind.

But the key factor for her being able to work as this Moriarty is the way they are portraying Holmes in "Elementary'.

'Playing the Game' with 'Elementary' we have to accept that this Holmes is not quite as one dimensional about women as the Canonical Holmes is.
While most of the time it is suggested that his requirements in that area are more physical in nature than emotional, it has not been suggested that it is totally against his nature to not ever become emotionally attached.
And even in the episodes outlining the beginnings of the relationship it seems clear that the original attraction by Holmes was as much cerebral as physical. In other words he liked her for her brains before or as much as her body. The fact that he was eventually able to look at her otherwise suggests he finally found someone he thought to be his equal.

So here is where we have to buy into how smart 'Jamie' Moriarty really is.

At some point prior to their meeting, Holmes had started to interfere with Moriaty's grand schemes.
And while finding this annoying, she was also intrigued by the fact that someone was able thwart many of her plans. And not being of a nature (this seems a trait in master criminals) where just having him killed would be enough she chose to find out what made her advisory tick.
And what better way to understand his methods than to form a relationship. And what better way to know his whereabouts, than to be with him. Keep your friends close, keep your enemies closer.
And let's face it, most minions working for master criminals aren't of the type to have stimulating conversations with.

And once you have all you need to know about him, ( or maybe he has started to get too close to figuring out one of your plans ) what better way to devastate someone ( again, that is if you are a master criminal who enjoys toying with your victims more than killing them, ) than to break their heart.

And once he is on the road to recovery, and maybe starting to incommode her again, what does she do but return and cripple him again. At least for a while.

I am not of the mind, yet, where I think 'Elementary's' Moriarty actually has any emotional attachment to Holmes, other than on, maybe, some cerebral level. She still enjoys toying with him, keeping him just out of reach, knowing he will, sadly, still coming running to her when she needs him.
In every episode where we think he is ready to move on, the show ends with Holmes still attached in some way to his need for her. Sure, outwardly he seems to reject the effect she still has on him, but in his quieter moments he pulls out the correspondence.

For her purposes she still needs the mental stimulus Holmes provides and is having more fun keeping him supposedly on a string. When that is no longer the case, this show may have it's own Reichenbach Fall.

The plot line so far in 'Elementary' does not suggest Miller's Holmes is done with Moriarty yet. There is more to come.
And as long as it keeps going the way it is, and the baby doesn't really turn out to be Holmes', I think a lot can still credibly be done with this story arc.

"Elementary's' Moriarty is still proving to be a master mind, and at some point Holmes may yet have to have 'his' Reichenbach. 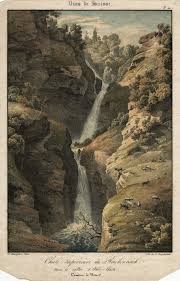