Some thoughts on our first Jan.(winter) case, REDC 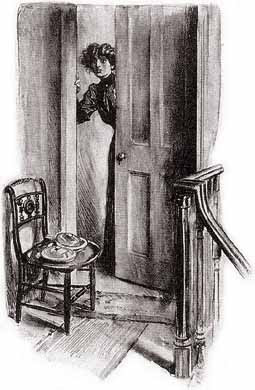 Although I doubt this makes many favorite lists,(matter of fact, out of the four countries with the largest Sherlockian groups, the highest it ranks is thirty-seventh), it does have some fun points.

"Education never ends, Watson. It is a series of lessons with the greatest for the last. . . ."

You can almost imagine it not being written by Watson (Doyle if you aren't 'playing the game'). But it does come rather late in the Canon so that can almost be expected. I always have trouble with English writers doing American dialog. (Then again, we did talk differently back then, English and American.)

Some discussion points; (Which many people may or may not have covered already.)

While Watson's appearance is often just surmised at times (thanks to many artists) we learn here he sports a mustache.

How much would five pounds a week be at today's standards?

History of the Pinkerton's.

What was playing at Covent Garden in 1902?

Share your thoughts, and I will add any more I have.
Posted by JohnF at 8:46 AM