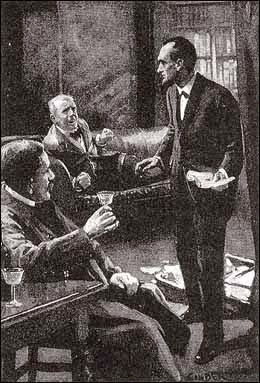 Chronologically the last Sherlock Holmes story.
Seven years after the next earlier case.
In LION's we get the impression, although infrequent, Holmes and Watson do keep in touch.
However in LAST we get the impression Holmes and Watson have not seen each other for more than the two years because Watson mentions that they heard that "he was living the life of a hermit among your bee's and your books" on the south downs. Was Holmes' journey into Altamont akin to the great hiatus, or had the communication between the two man become so sparse that the length of time was no longer unusual?
And why involve Watson anyway, just for a few hours a chauffeur?
So, as in LION, did Watson visit for the occasional week-end, and did these visit take place before Holmes found his little cottage and began his bee-keeping?
Holmes wrote (or at least published) LION's nine years after the publication of LAST. Was the author of  (playing the game and all) LAST just not familiar with the status of the relationship at this time.
I would think Holmes' memory, as written in LION would be the most accurate.

It is also interesting to note that both Holmes and Watson had chosen to become involved with the war effort.
Whatever happened to 221b? Holmes is returning to London, as is Martha (who it seems has to find her own way back), but not to Baker St., rather to the Claridge Hotel. Was the lease let go or sold when he (they) headed south? (And who ended up getting it? Did Mycroft keep it?)

The best image for me is imaging the two men back together again, once more involved in a case.
It doesn't sound like Holmes expect the two to keep working together for Watson was off to join his old service.

It would appear as if more than seven years had past since these two shared much time together. Both seemed comfortable in their new roles.

And when Watson said, "We heard of you living the life of a hermit. . .", was the 'we' intend to mean his wife and himself? Or was it a collective 'we' of all the 'old gang' near Baker St.

One argument was made about how Holmes' time with Von Bork's release was wasted since the German's would then find out that the information was useless. And that why would Holmes blow his cover when he could be used again.
It doesn't actually say Von Bork would be released. To me it reads more as a taunt, suggesting that Von Bork would not want to return to Von Herling because he life would have even less value when it was found out how bad he messed things up. His best options would be to make a deal with the British.
There is no indication (unless I missed it) that Von Bork would receive diplomatic immunity. It seems his cover is a hard drinking sportsman.
As far as Holmes blowing his cover, after two years playing the part, he was probably ready to move on to something else for the war effort.

Last doesn't really offer us much in the way of clues about Holmes and Watson, mostly contradictions if we are to look for anything at all.
But is fun to think about how the lives of these two have changed once Holmes retired. And it is a shame that it was never recorded when and why Holmes actually chose to retire. 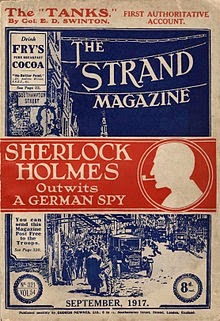