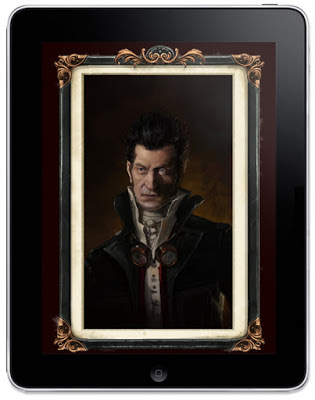 Steampumk Holmes is sort of an ongoing web book project that will take Holmes and Watson into the Steampunk world involving them in adventures with the likes of Cap. Nemo and Frankenstein and supposedly many others.

I have just finished reading the Kindle addition of 'Steampunk Holmes, the Legacy of the Nautilus'.
The book is written by P.C. Martin and is an admitted redevelopment of 'The Adventure of the Bruce-Partington Plans' with Steampunk contraptions and atmosphere and devices added.
Martin writes very good Sherlockian style and is very easy to read and sets a good Sherlockian scene.
It would be nice to see her write some original pastiches with original plots.

This story is however just a retelling of BRUC without very good Steampunk additions.
The steampunk devices and contraptions used in the story are not done well enough to convincingly take Holmes and Watson into a Steampunk world.

Steampunk devices are suppose to inhabit the Victorian world in a seemingly natural way as to make them seem not to out of place. Jules Verne did that well in his Capt. Nemo books and they should have been a model for this work. Here however we are left feeling like the book should be called, "Holmes meets the Bionic Man.'

The art work is not good enough to make me like the individuals either.

I doubt if I will follow the other books as they come out, but I would like to see P.C. Martin write some of her own Holmes books.