Again, if you like Downton Abbey, you will enjoy this. . .


The REAL story of Britain's servant class (and it wasn't exactly Downton Abbey): New BBC series reveals what it was really like downstairs

By MARTHA DE LACEY
PUBLISHED: 11:42 EST, 24 September 2012 | UPDATED: 13:58 EST, 25 September 2012
They all look so jolly on television, forging friendships in the basement and occasionally nipping upstairs to lay the table or snuff out a candle.
But the truth of how most servants lived in Britain at the beginning of the twentieth century is a far cry from the soft-centred fiction portrayed in period dramas such as Downton Abbey, Upstairs Downstairs and Gosford Park.
Clipping your master's toenails, ironing his shoelaces, spending 17-hour days doing back-breaking work with no employment rights were just some of the realities facing servants in late Victorian and early Edwardian Britain, according to a new BBC series. 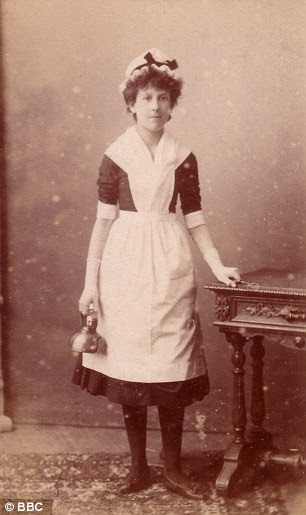 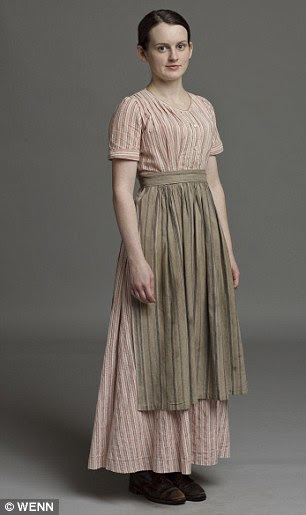 Then and now: A young 'tweeny' maid, left, in late nineteenth century Britain, and Downton Abbey's scullery maid Daisy, played by Sophie McShera.
Servants: the True Story Of Life Below Stairs explores the reality of life as a servant in Britain from the Victorian era through to the Second World War.
And it wasn't exactly like Carson, Anna, Bates and Daisy have it in Downton Abbey.
Upon entering service, new servants were often given 'acceptable', easy to remember and generic names - Henry, John and William were popular choices for men, while many female servants were frequently named Sarah or Emma.
Moreover, if female servants received unwanted advances from their masters, they had little power to stop them.
In her new, eye-opening three-part series, social historian Dr Pamela Cox - herself the great-granddaughter of servants - explains that life for these people was much less 'cosy' than is imagined in television period dramas.

The way we were: A British cook and Downton Abbey's cook Mrs Patmore, played by Lesley Nicol.
A century ago, 1.5 million British people worked as servants
As a rule, most servants tended to work not in big stately homes full of fellow workers and camaraderie but as the lone member of staff in a middle class town house - and lives for these people was lonely, dark and damp, according to a new BBC documentary series.
Dr Cox reveals that her own ancestors never enjoyed their time as servants as much as those in ITV's Downton Abbey seem to.

A GUIDE TO VICTORIAN SERVANTS

BBC
Thanks to the emergence of the new middle classes, the majority of household staff worked as the only servant in a home.
And instead of partaking in a lively, jolly dinner after serving the family upstairs, these servants would live and eat alone in Britain's dark, damp, dirty basement kitchens.
Servants in grand houses fared little better.
Staff in stately homes were kept hidden from the 'polite' eyes of their masters with complex mazes of hidden passages throughout the home, helpful when trying to enforce complete segregation.
Moreover, strict servant hierarchy even separated staff from each other.
Dr Cox explains that in 1901 one in four people were domestic servants, mostly women, and that these people were seldom seen as 'working-class heroes'.
Servants tended to work seven days a week, often from as early as 5am until as late as 10pm, for very little money.
And, unlike the kind and empathetic Crawley family of Downton Abbey, employers were unlikely to take pity on staff who were overworked, exhausted or ill - even if they were just children.
Servants: The True Story Of Life Below The Stairs starts on Friday on BBC2 at 9pm. 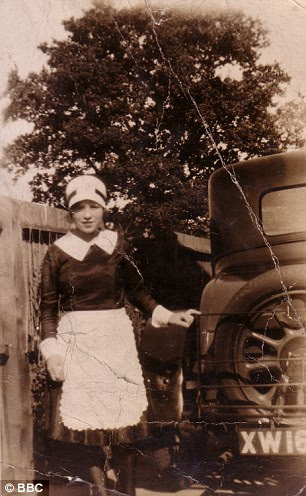 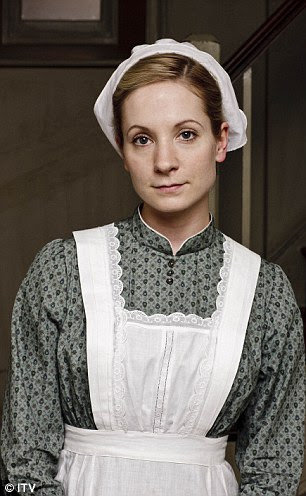 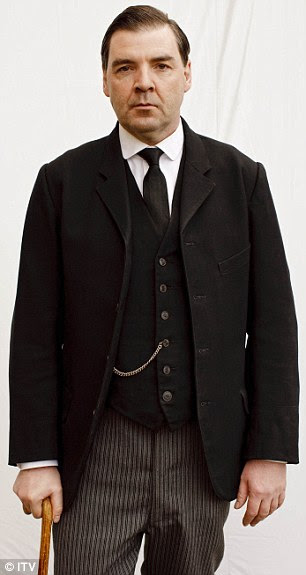 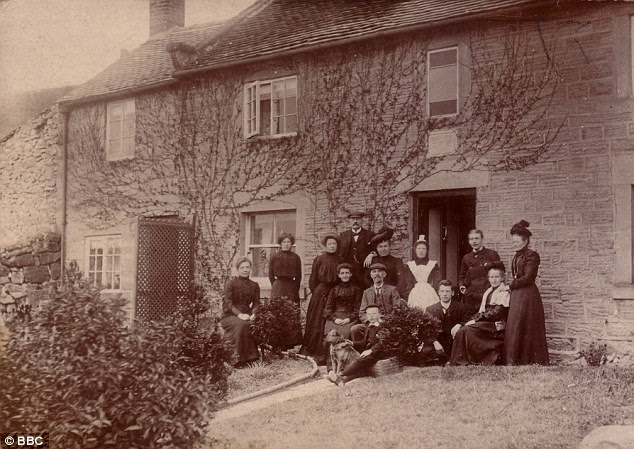 A late nineteenth century British family with their solitary servant. 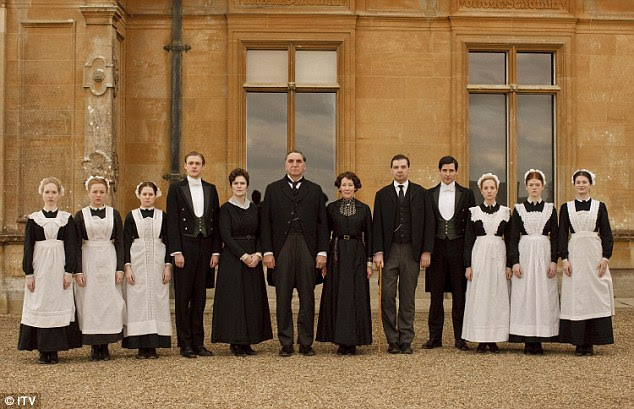 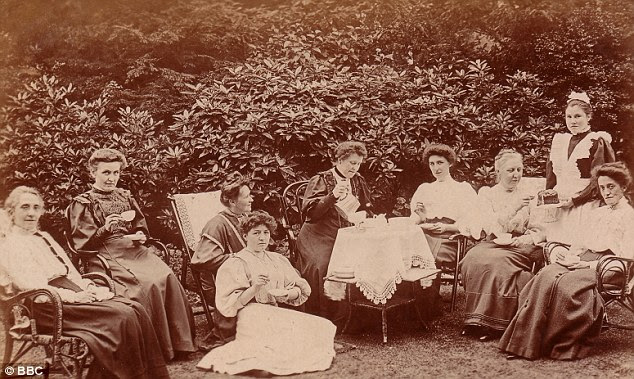 A group of women partake in garden tea in Edwardian Britain, served by a maid.