Is 'fandom' the next four letter word?

Being a 'fan' about something has been around for a long time.
And it never had, really, any bad connotations to go with it, to my knowledge. Well, at least not till recently.

Matter of fact, I never felt bad admitting that is was a fan of John Denver music (although I was careful to chose my audience).

But it seems in this age of cos-play and 'Sherlock' the word 'fan' and by extension 'fandom' has almost taken a meaning that I am not sure I would like to have tagged on me.

Many of the recent comments having to do with Season Three of 'Sherlock' have been about how the show seems to have caved to the whims of it's 'fans', and, for the most part, what I have read about this has not been good. (Note, the show caved to fans of Sherlock, and not fans of Sherlock Holmes, or, in other words, Sherlockains.)

While a new visitor was in our house the other day he was commenting on how many books we have. And we started to discuss how many Holmes related books I had. "Yea," I said. "I'm a fan of Sherlock Holmes."
I didn't, in my own house, feel embarrassed with that term.


Now that's fine in my house, but I am not sure I want to be lumped in with 'fans' in general. And definitely not 'fandom'.

When we have been interviewed by our local papers concerning our scion society over the years, we have usually taken a little umbrage when we are described as 'fans'. We always wanted to be called something that seemingly had more scholarly connotations. (Although for the likes of me I don't know what that would be, especially if you knew our group.)


In our Sherlockian circles we still go by 'Sherlockians'. And I guess, when not in such august circles I do say 'fan', but wish I didn't have to. (Again, looking for the perfect word.)

A fan at one time use to be described as it is in Wiki, 'A fan, sometimes also called aficionado or supporter, is a person who is enthusiastically devoted to something, such as a band, a sports team or entertainer'

And that doesn't seem so bad. (Except the word 'fan' kinda lumps us in with Trekkies and followers of Dr. Who.)

But unfortunately 'fan' in many instances is now more related to 'fanatic'.

I guess before long we will have to do like soccer has done and keep calling the well behaved lovers of the sport 'fans', while calling the bad examples of fans 'hooligans'.

So, when I reach the point of becoming a 'Sherlockian' hooligan please let me know. (And no, I am not, yet, using Sherlockian hooligan to describe Brad.)

For now I am going to invent a word to describe us, and I hope it catches on.
The new word will be 'ENDEV', a concocted word from 'enthusiastically devoted'.

I guess if we were devotee's, we would now be endevee's

Please help me popularize this new word so we can all move away from being 'fans'.
Fans are people who wave flags and banners and wear team logos on their clothes.. None of us do that, . . . right? 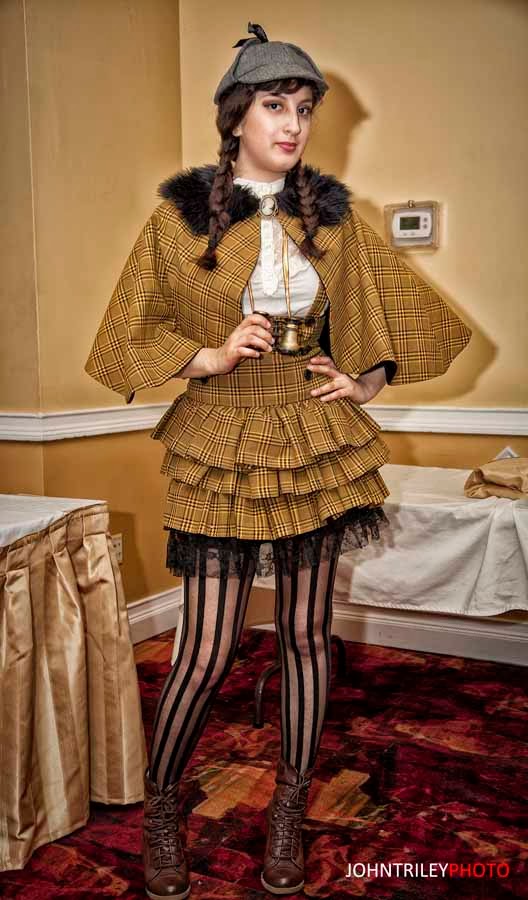