Taking part in Brad's summer reading list, SHOS. . . . or the not so curious incident of the dog in the day time.. . or the Hound of Norberton. . .

In need of something to take the place of 'Sherlock' and 'Elementary', and waiting for G2B4 to happen I thought I would take a look at Brad's (Sherlock Peoria) summer reading list and explore as many of them as I can.
Now the chronology for the list is based on Brad's own research and it is his chronology that the list follows.
There are 23 stories on the list and only a couple share dates with another story. So the task should not be to difficult to follow, perhaps easier than doing the HOUN in the number of days as it has chapters. 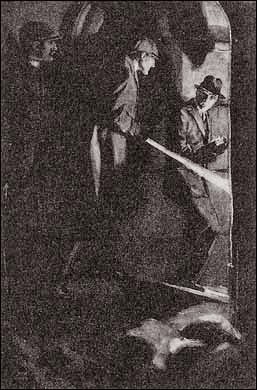 One of SHOS greatest claims to fame is that it was the last Sherlock Holmes story published by Arthur Conan Doyle.
It would be included in the Case book of Sherlock Holmes.

And although many of the later Holmes stories do not hold up as well as the earlier tales, SHOS does carry it's own weight, if not for the mystery involved, then at least for little tid-bits it give the reader.

As we always love, the tale opens in Baker St., and Holmes is working on a case for another individual. The opening in some ways reminds me of the opening of BLUE, with the little puzzle in front of Watson, that Watson has explained to him.

The second insight;
We get a very detailed look into Watson love of gambling as it pertains to horses. And at his knowledge of the sport.

We then are told that Holmes now uses a page boy to bring up guests and not the probably now exhausted Mrs. Hudson.

Next, in the method that has become almost expected, the case is introduced to us, once again in Baker St., by the "client" sharing his tale of whoa while seated before Holmes. And probably most of us believe Holmes had already for the most part solved the case by the time John Mason leaves.
The case is put before Holmes, and in like so many other stories, Holmes needs to make a trip to the "crime" scene to clarify some of the details.
One of my favorite lines from this part of the story is; "He had lit the oldest and foulest of his pipes."
A paper could be written, and maybe has, on just that line and the possibility of the type of pipe that could be.
And as this part of the story comes to an end and the next takes over, we are once again given a great image of Holmes and Watson as they find themselves once again in a first class carriage; "Thus it was that on a bright May evening Holmes and I found ourselves alone in a first-class carriage and bound for the little “halt-on-demand” station of Shoscombe. The rack above us was covered with a formidable litter of rods, reels, and baskets."

Baker Street, experiments, pipes and trains! And the story has barely started.

I personally always love it when Holmes and Watson find themselves outside of London in some small English village. And it being a "halt-on-demand" station, it probably was just a small village or a stop serving the estate.
It makes it even better for me when Holmes and Watson visit some tavern or pub along the way.

Once Holmes and Watson are on location the case pretty much proceeds as we have come to expect.
But one thing that is of interest is that Holmes feels it is necessary to report his findings to the police, while in BLUE we found Holmes not thinking he need to make up for the deficiencies of the yard.

Although the mystery was not one of note, there were some great atmospheric moments in the tale.

We were also, in some editions given three illustrations of Holmes wearing a deerstalker.

What are some of your thoughts?
Posted by JohnF at 2:28 PM

Email ThisBlogThis!Share to TwitterShare to FacebookShare to Pinterest
Labels: Books, essay, Other Blogs, The Canon