Sherlock Holmes: Can a fictional man be a London icon? 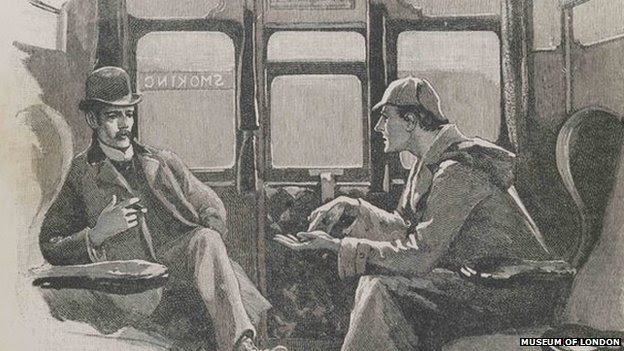 "The air of London is the sweeter for my presence," Sherlock Holmes once said, and yet the detective never lived, nor died. He existed solely in our imaginations.
Now, the Museum of London is planning a new exhibition focusing on the detective, citing the creation of the author and medic Sir Arthur Conan Doyle as one of London's most "iconic" figures.
The museum says it will be the first time since the Festival of Britain in 1951 that there has been a major Sherlock Holmes exhibition.
It comes complete with artefacts which it is hoped will unpick the origins of the character and shine a gaslight on Victorian London. 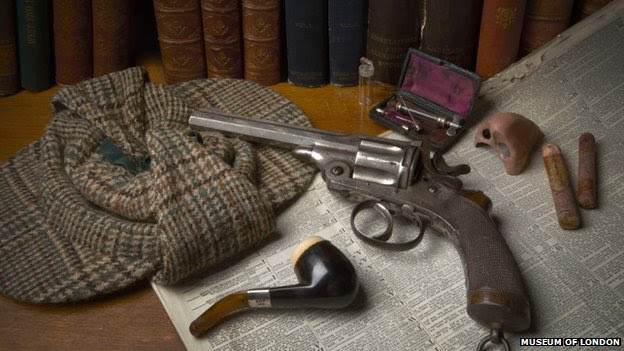 Pipes, deerstalker hats and guns have become synonymous with the character
Curator Alex Werner said: "Sherlock Holmes was an incredibly powerful, cultural, London icon.
"The main challenge was anything you select [for this exhibition] has nothing to do with Sherlock Holmes because he is a character, but on the other hand it has everything to do with him.
"Take the pipe. It's a minor object, but put next to Sherlock Holmes it takes on a real life and we can draw on fantastic objects from around the world to tell the story of London." 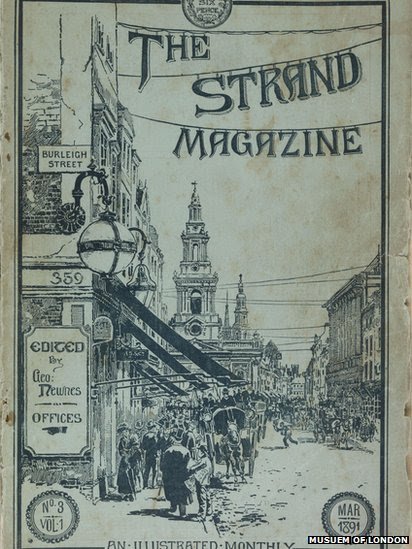 The Strand reached a weekly audience of half a million people
The exhibition will use Holmes as a "prism" to look at the city and to take a closer look at the character's analytical mind, forensic science of the time and his Bohemian nature crossed with what being an English gentlemen meant in Victorian England.
It will also look at what possibly prompted the creation of the character, with the original pages from Edgar Allan Poe's hand-written manuscript The Murders in the Rue Morgue (1841) among the items that will be on display.
It was considered by many to be the first detective story, and Conan Doyle is known to have read it and the detective character C Auguste Dupin was said to be one of his "boyhood heroes".
Strangely, the author had originally intended Holmes to be a minor character in his own literary work.
He hoped that people would devour his novels, plays and poetry, but it was the detective who drew in the crowds, initially through The Strand magazine, which had a weekly audience of about half a million people. He later completed 56 stories about the character.
Original drawings by Sidney Paget, who illustrated the stories in the magazine, feature in the exhibition alongside an oil painting of the author scribbling in his "ideas book".
Dr Pat Hardy, the curator for paintings and prints, has worked on the exhibition selecting images which represent Holmes's London. 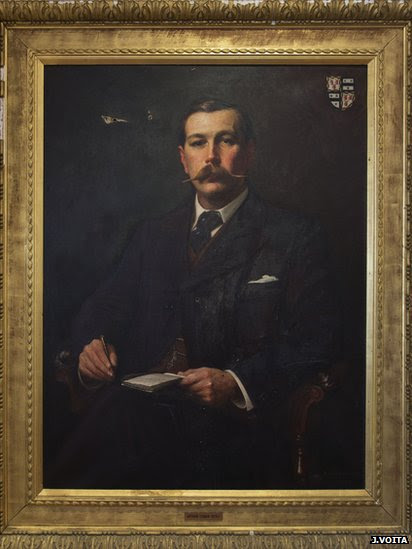 The exhibition will feature Sidney Paget's portrait of Sir Arthur Conan Doyle
Dr Hardy said: "The urban landscape that was inhabited by that very famous character conveys an idea of London at the turn of the century - a very modern city - a large imperial network with efficient communication and transport networks.
"We have recreated the ideas of these journeys by some of the artwork.
"He's always rattling up Holborn to get to King's Cross in the hansom cabs.
"Sherlock Holmes is a presence both seen and unseen in this city."
The idea for the show came from the success of the museum's previous London "icon" shows on Jack the Ripper and Charles Dickens, but this is the first attempt at a fictional character.
Project manager Annette Day said: "It's been two years since we first had the idea. Dickens had proved very popular and we thought about how literature can help us understand the city. 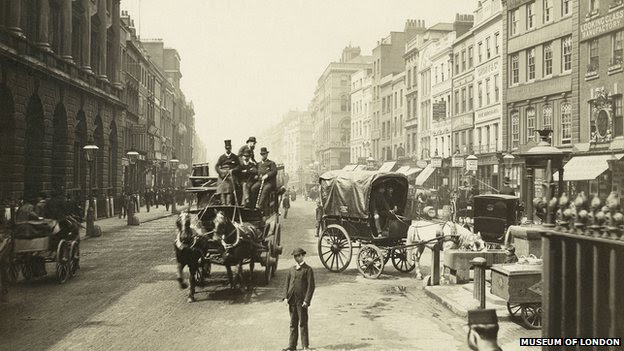 Holmes "is set in a specific time period, but he adapts to any place and any time"
"We really grasped the challenge and had to be really creative with the way we use and look at the objects."
One of the items on display will be an authentic collapsible top hat which has been X-rayed so that people can see how it works, which Ms Day said mimics the "details and deductions" of Holmes.
There is also a collection of shoes which "Sherlock would have looked at and known if you walked with a limp". 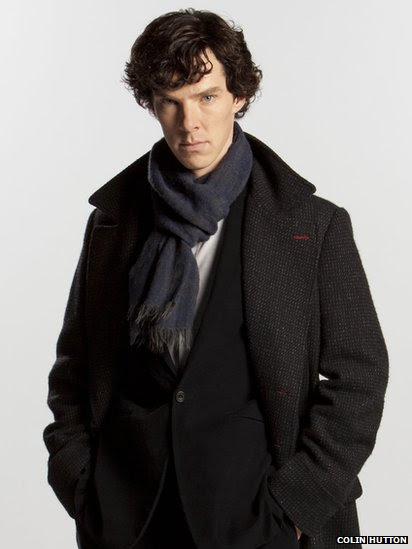 Benedict Cumberbatch is one of the latest actors to reinvent the character
The exhibition also dedicates space to the character's life on stage and in film, including the Derek Rose camel dressing gown Benedict Cumberbatch wore in the BBC's most recent series of Sherlock.
The performances of actors gone by, including William Gillette, who was performing the character while Conan Doyle was still writing, and Jeremy Brett are also considered to see if they offer clues as to why Holmes has endured 125 years, being reinvented by every generation.
Mr Werner said: "The closest person to compare him with are the comic book heroes of the 20th Century - they've been revived and refreshed.
"Sherlock Holmes was a man of action and so he's a bit like a Batman, but earlier.
"He is one of London's icons. He helped to make London the way it is. He is the most famous Londoner who never lived and never died."
In the fashion of Sherlock Holmes, the Museum of London has promised more will be revealed before the exhibition opens on 17 October.

More on This Story