Wow! How did I miss this headline? 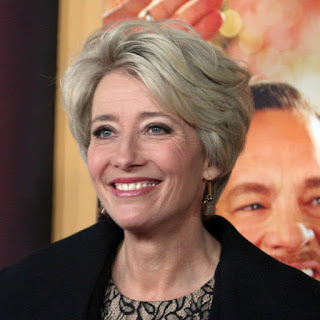 The Love Actually star is a big fan of Sir Arthur Conan Doyle's fictional sleuth, and she is convinced the part could be played by a female.
She tells The Daily Telegraph, "I have always been a huge Sherlock Holmes fan. I would love to play a character like that, but that's a problem if you're a female. I'm always likely to be overlooked for not being male."
Thompson is adamant she would make a good Holmes, and hopes more women will be seen in leading roles in the future, adding, "Is the heroic role unisex? Or does it mean there is an area of life which remains unexplored, which contains stories which remain untold? I suspect that's the case and it will be very interesting as this generation gets into its stride to see what those stories turn out to be."
Actors who have recently played the detective include Robert Downey, Jr., Benedict Cumberbatch, and Jonny Lee Miller, who starred opposite Lucy Liu as a female Dr. Watson in U.S. TV series Elementary.
Posted by JohnF at 8:46 AM