Box office gold? Yea probably. Stylish? Yes it had a style all it's own. What do you think?

His Sherlock Holmes movies were stylish box office gold. So what a pity Guy Ritchie has turned into The Man From U.N.C.O.O.L. +6
The film starts well but things quickly go wrong when our American and Russian spies join forces against a shadowy organisation - sadly no longer called T.H.R.U.S.H. - that might just have got itself an atom bomb
I vividly remember almost purring with pleasure during the first Sherlock Holmes film, as the former Lock, Stock… and Snatch director came of Hollywood A-list age, coupling a stunning depiction of Victorian London with superb performances from his two leading men, Robert Downey Jr and Jude Law. Surely he’d be striking movie-making gold again?
The short answer, it quickly emerges as yet another much-loved television series from the Sixties is given a belated big-screen makeover, is no, he won’t.
With Sherlock Holmes, virtually every creative decision Ritchie made turned out to be the right one.
Here, by wretched contrast – apart from deciding to stick with the show’s original Cold War setting and to festoon the whole thing with lashings of fashionable Sixties cool à la Austin Powers – he barely gets anything right at all. 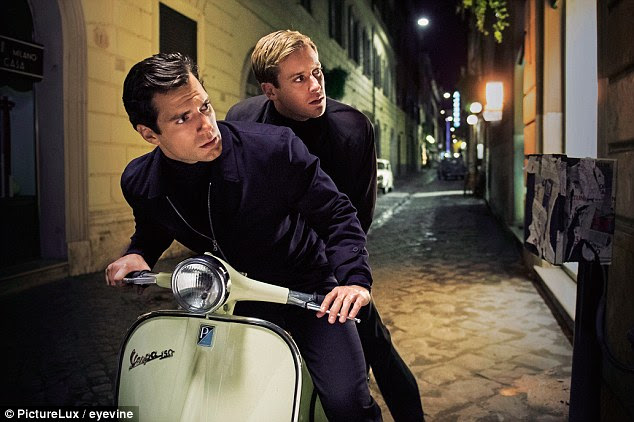 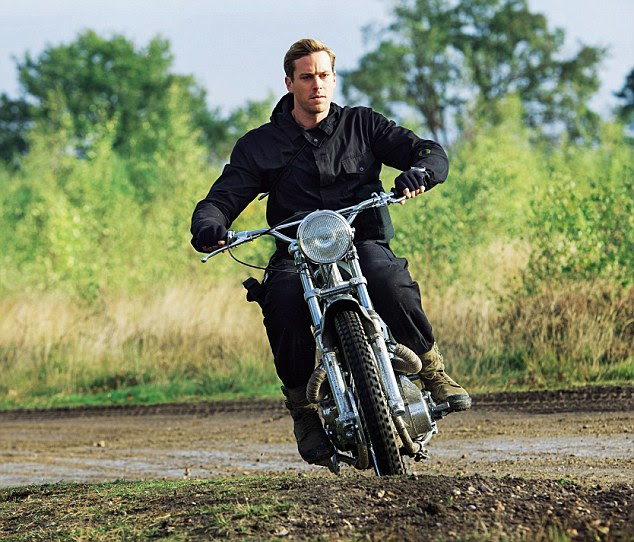 +6
Every creative decision Ritchie makes – apart from sticking with the show’s original Cold War setting and to festoon the whole thing with lashings of fashionable Sixties cool à la Austin Powers – is wrong
This is a film crying out for a charismatic someone – anyone! – to seize it by the scruff of the neck and shout ‘Watch me, I’m really good’, as Downey Jr did so memorably with Sherlock Holmes. But nobody does.
The chemistry between Cavill and Hammer, the latter handicapped by a dreadful Russian accent, would struggle to light up a shoe box.
To be fair, it does take a little while for this to become clear, with the film’s opening in the East Berlin of 1963 providing one of a modest handful of highlights.
Cavill oozes an ersatz sophistication as Napoleon Solo, the handsome, suave, black-marketeer-turned-CIA agent who’s been sent through the Berlin Wall to get the daughter of ‘Hitler’s favourite rocket scientist’ back to the West.
He eventually succeeds, with the help of a decent car chase and despite determined opposition from a short-tempered KGB heavy who is about to become very familiar. 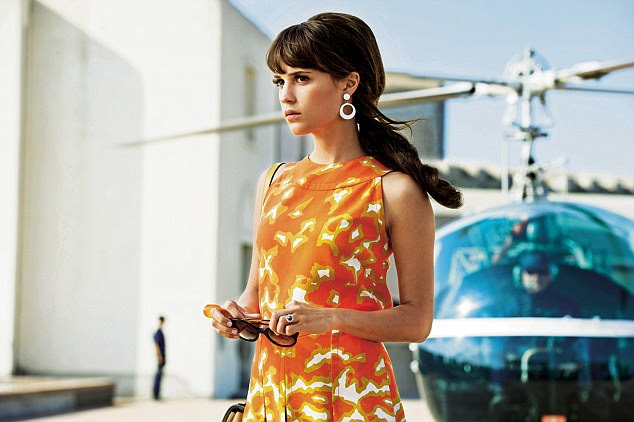 +6
The Man From U.N.C.L.E. is crying out for a charismatic someone – anyone! – to seize it by the neck and shout ‘Watch me, I’m really good’, as Downey Jr did with Sherlock Holmes. But nobody does
Yes, for once Gaby (Vikander) is safely back in West Berlin, American and Russian intelligence join forces to counter the considerable threat of a shadowy organisation based in Italy that might just have got itself an atom bomb.
Fans of the original series may be disappointed, irritated even, to know that this shadowy organisation is no longer called T.H.R.U.S.H. But the important thing is that the larky libertine Solo and the seriously Soviet Kuryakin are now working on the same side.
It’s here that things quickly begin to go wrong. Each twist of the plot seems far too complicated, the explanations seem endless (as co-writer, Ritchie must share in the blame) and you keep finding yourself thinking things like: ‘Hang on a minute, isn’t that the plot from the latest Mission: Impossible film, or Kingsman, or Spy?’ Or quite possibly the next James Bond come to that.
Most of its problems are of its own making and serious enough that even a rare cameo from Hugh Grant as a senior British intelligence officer can’t help. 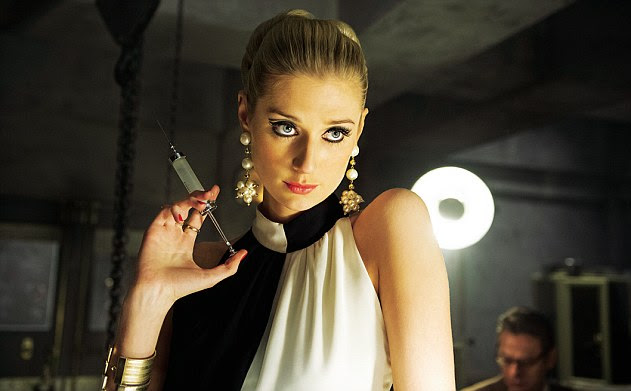