Get your fun suits on!

‘Sherlock Holmes’ and ‘Doctor Who’

theme park attractions in the works 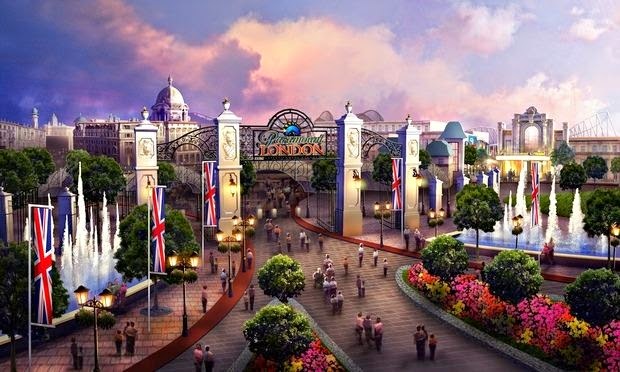 Crime-solvers and sci-fi nerds unite—a theme park expansion just for you is reportedly on the way.
BBC Worldwide has just signed a more than $3 billion deal with U.K. property developer London Resort Company Holdings (LRCH) and Paramount Pictures that will have attractions including those based on “Doctor Who,” and “Sherlock Holmes” reports the Guardian. The new theme park would be built by the Thames estuary in north Kent.
According to David Testa, a director for LRCH, the new development will “combine the glamour of Hollywood with the best of British culture.”
The new park would attract foreign and domestic tourists with rides, characters and other attractions based on “Doctor Who,” “Sherlock Holmes” and “Top Gear.”
“We’re always looking for opportunities to extend fans’ enjoyment of their favorite shows and the idea behind this resort is a really exciting way of celebrating the very special place the BBC has in British culture,” said Stephen Davies, director of live events at BBC Worldwide, at a press event.
Paramount and LRCH already have an agreement that grants the developer access to the entertainment company’s vast library of movies including "Mission: Impossible," "Star Trek," "The Godfather" and "The Italian Job."
If construction unfolds according to plan, the park could be open as early as Easter of 2020.
Source
Posted by JohnF at 8:14 AM