EastEnders star Danny Dyer has said he could swap the Queen Vic for 221B Baker Street and play Sherlock Holmes. 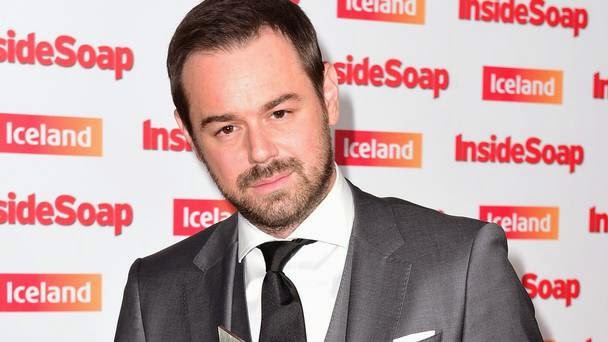 The actor, who plays pub landlord Mick Carter in the long-running soap, also said he thought he could play Doctor Who.
Asked about the rise of privately-educated actors like Benedict Cumberbatch, he told Radio Times: "I love Benedict. The Imitation Game looks amazing. He couldn't play a kid from a working-class estate, but I couldn't do what he does either.
"I think that I could play Sherlock, though, if I did it my way. Benedict's brilliant and the lines roll off his tongue, but that role is about being highly intelligent rather than posh. I think I could do Doctor Who as well.
"But there is a niche for what I do. And there's a demographic for Benedict. But it means that he's more likely to get roles in Hollywood and I'm more likely to stay living in Debden [he has a house in the Essex footballer belt]. In this country, he has got utmost respect, but if he walked into a pub, he'd get annihilated by geezers. He'd be bullied."
But Dyer blamed himself for becoming "a parody of myself and my own worst enemy" by trading on his cockney hard man image after a stint at the National Theatre.
He said: "I was working at the National, so you can't get more credible acting work anywhere in the world. But I was earning £350 a week. I was skint. So I ended up doing All Star Mr And Mrs and some series about hard men. I had children to feed, but I cringe at those documentaries now.
"Also, you had my films being sold on this image of me as a working-class gangster, even when I was trying to do something different. I did a film called Borstal Boy about a homosexual male in the 1940s and they repackaged it with a picture of me in The Football Factory on the front to make people think it was like Scum.
"There's only so much the audience will take before they feel cheated. And who's the face of it all? Who's the brand? Me. But I allowed all that to happen."